Globe 22 in Europe with the Yellowjackets

River in the Sky 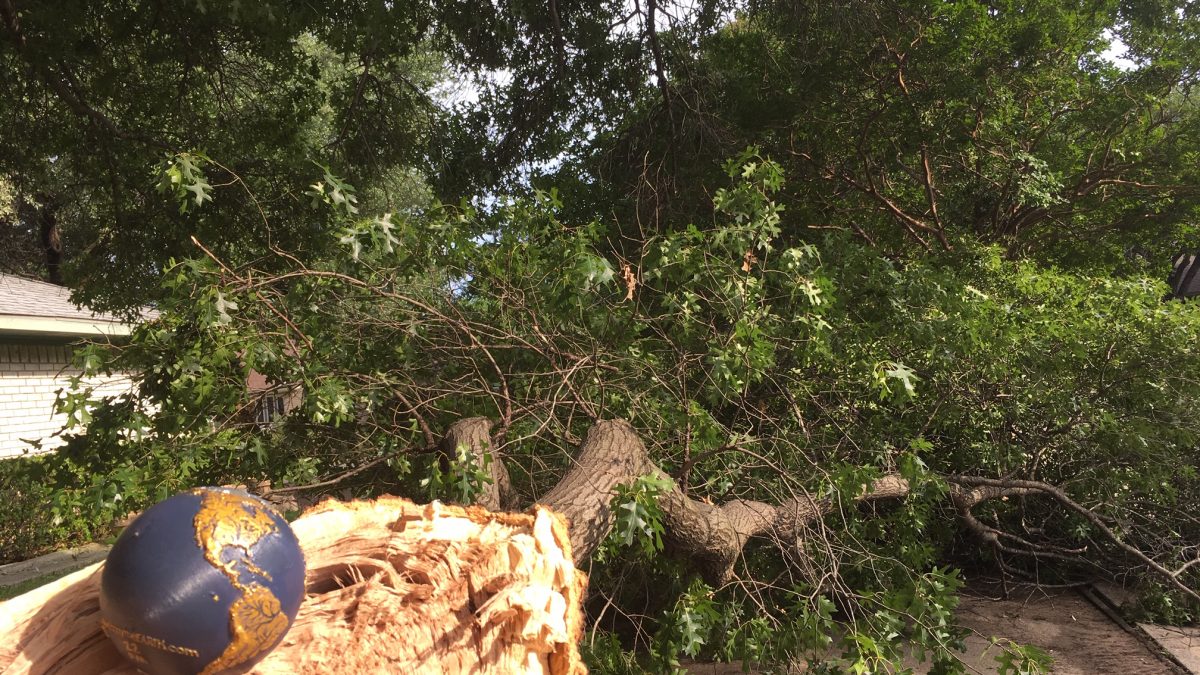 Trees broke and fell throughout Dallas in the extreme storm

On Saturday morning I had explained the phenomenon of a “rain bomb,” a wet micro-burst in which a column of saturated air plummets to the ground, to a group on a Dallas Sierra Club climate change day hike around downtown Dallas. I suggested they look up the video of the June 9, 2017, micro-burst over Dallas. Now, on June 9, 2019, here was another extreme thunderstorm making a rapid bombing run across the city. The storm went south through Dallas breaking trees and power lines and flooding streets. In forty years we had never seen water in our street overflow the sidewalk. Now water came half-way up our lawns. Neighbors watched a comic flotilla of a half-dozen 96-gallon garbage and recycling carts parade past.

By 3:00 the sun was out again. Neighbors drove around searching for lost garbage carts and offering assistance to clear downed trees. I discovered the package on my porch that I had overlooked the previous evening: Earth 22. The box was wet but Earth 22 was safe.

Our little pocket of the city got only the edge of intense winds and rain. Most of the city east and south of us still had no electricity on Tuesday, when Dallas Sierra Club held our general meeting. Earth 22 arrived a little too late to go on the Saturday day hike with me. It instead accompanied me to the meeting to tell our members about micro bursts. It has challenged our members to find more ways to “explore, enjoy and protect the planet.” 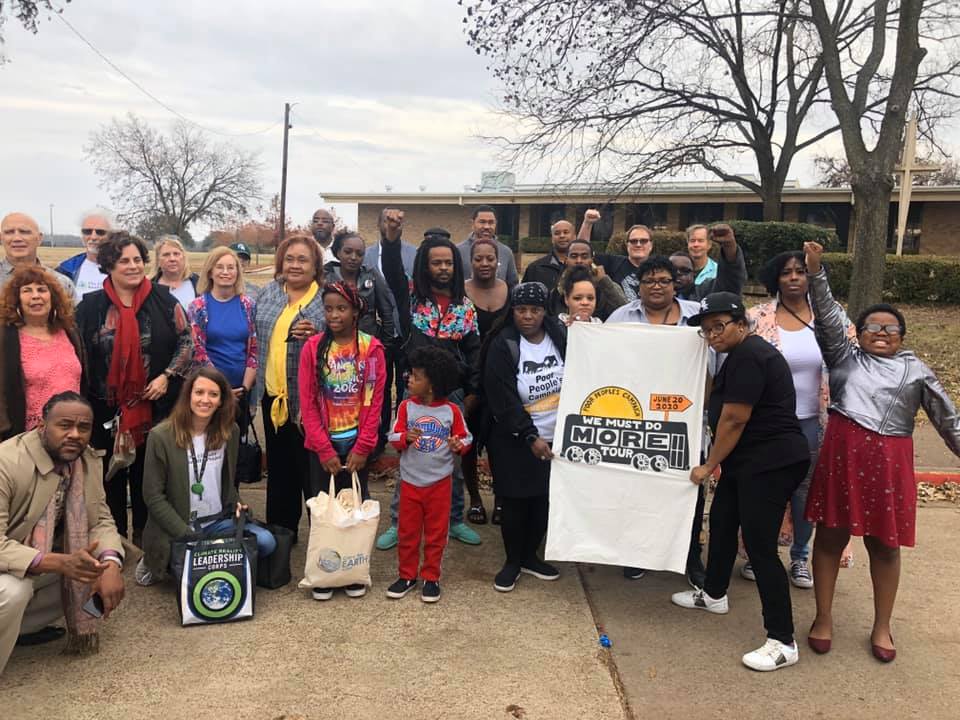 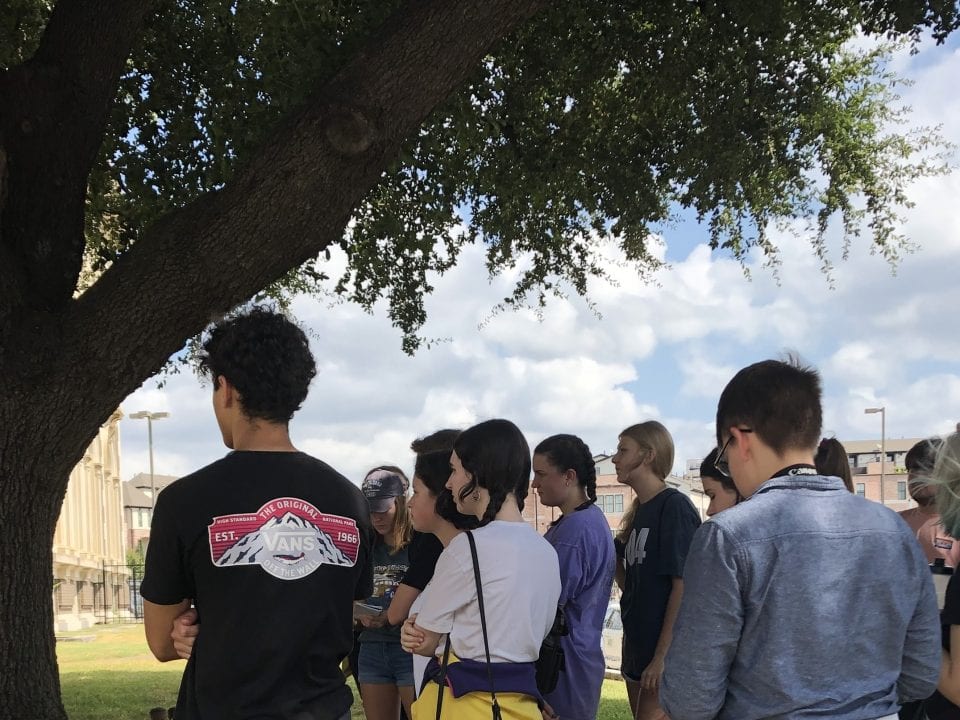 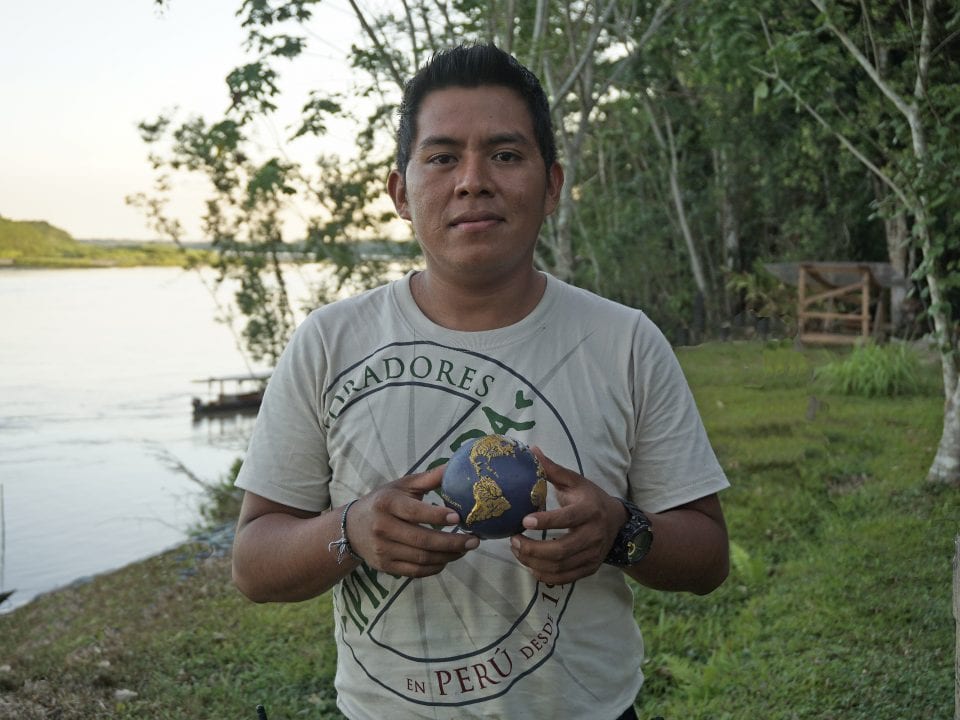